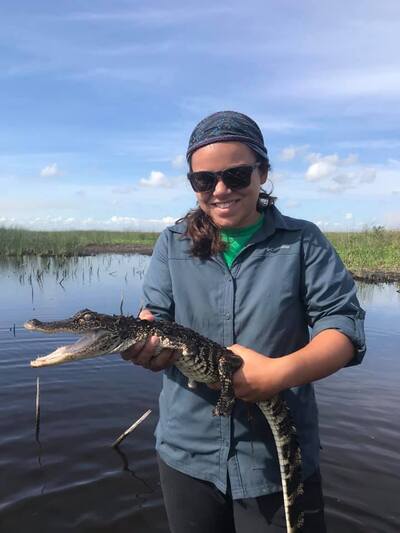 Yellow perch (Perca flavescens) distributions in Lake Erie are influenced by changing habitats and environmental conditions such as increased temperatures and decreased oxygen availability. Hypoxia (low dissolved oxygen concentrations) in Lake Erie is persistent during the summer and fall due to increases in nutrient loads and thermal stratification. Hypoxia is a stressor for many fish and benthic species, resulting in altered behavior and physiological responses. Some sublethal effects of hypoxia include reduced feeding and growth, altered reproductive potential, and avoidance of hypoxic areas. Distributions of populations may shift during hypoxic events, as individuals of some species have been found to shift their horizontal and vertical distribution in reaction to low oxygen concentrations.

In Lake Erie, hypoxia is most pronounced in the hypolimnion of the central basin during the summer. Recently, there have been discrepancies in the catch rates of yellow perch in the central basin of Lake Erie. Commercial catch rates have been increasing, while recreational catch has been decreasing. The conditions that are driving these changes in catch are poorly understood; therefore, we are developing models that will help us understand and predict yellow perch distributions in relation to habitat quality and availability. Our goal is to understand and predict spatial (horizontal and vertical) and temporal (inter- and intra- annual) distributions of adult (age 2+) yellow perch in response to changes in environmental conditions, such as temperature and dissolved oxygen.

To do this, we will use a combination of 3D hydrodynamic and bioenergetics modeling, in conjunction with field data. We will use empirical data to validate model assumptions and test model predictions. Our goal is to predict how perch distributions respond to a changing environment, explain how this affects discrepancies between commercial and recreational fishing catch, and contribute to the information driving spatial design of sampling regimes by fisheries agencies.